What Causes White Spot on Fingernails?

Healthy fingernails are generally characterized by a flesh-toned or pink color, so it’s understandable why the appearance of white spots can raise concerns. White spots are also known as leukonychia, which refers to nail’s white discoloration. Usually, white spots are harmless, but in some cases, they might be symptomatic of underlying health conditions. 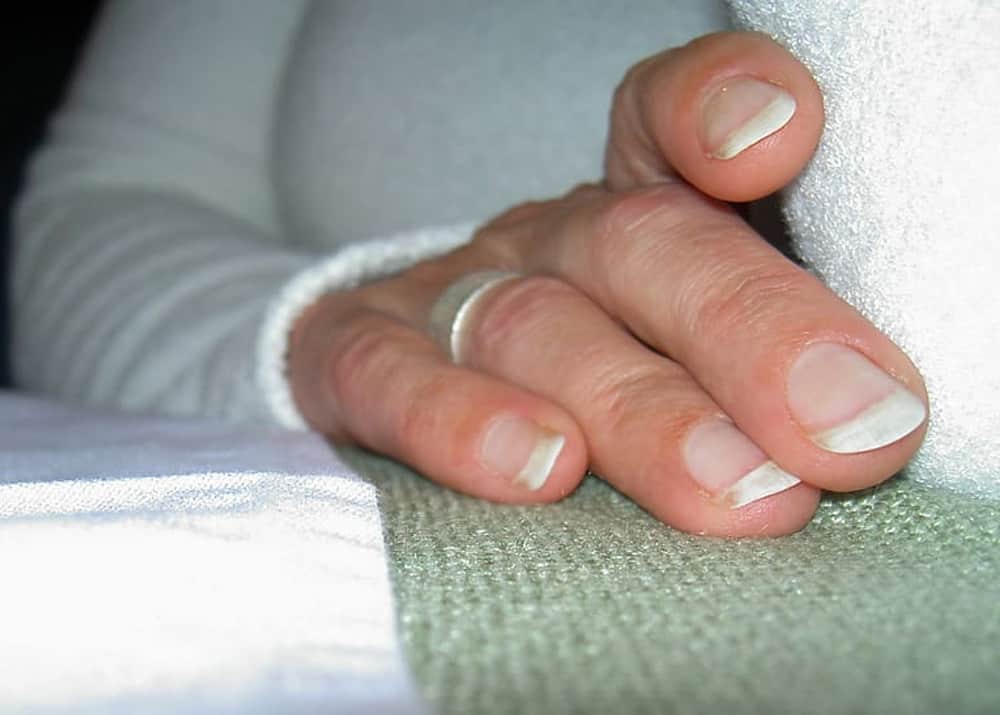 White spots on nails are common. Some health issues may cause them. The possible causes are mineral deficiency, nail injury, fungal infection, and allergic reaction.

The typical nail fungus known as onychomycosis may appear on toenails. The infection’s first sign might be small white dots on nails. Infections may spread and grow to the nail bed. The toenails might appear flaky and become brittle and thick.

It’s an allergy to nail hardener, gloss, polish or polish removers. It causes white spots on fingernails. The use of gel or acrylic nails may also damage your nails and can cause such white spots.

You might notice white spots along your fingernails if you’re deficient in particular vitamins or minerals. Deficiencies linked to this problem are calcium deficiency and zinc deficiency.

Injuries at your fingernail’s base may cause white dots or spots on nails as it grows. But, due to the time that your nails might take to grow, you might not recall the injury. Other injuries will not show up for 4 weeks or more.

The common sources of the injuries to the nails include hitting nails against a desk or counter, striking fingers with a hammer or shutting fingers in the door.

Moreover, frequent manicures can cause damage, which may result to white spots on nails. The applied pressure by manicurist can also damage nail beds.

When Should You Worry about White Spots on Nails?

Observing the number and frequency of the nails covered by white spots may be helpful in gauging the situation’s severity. If single white spots present itself on nails, it’s most likely due to the trauma and wouldn’t raise any alarms. If some white spots are present in most of your nails, white spots might be associated with skin-related illnesses.

In instances where half of the nails or entire nails become white on among all fingernails, an illness that affects organs like kidney or liver might be the culprit. It’s a great idea to be aware of the changes to the color of the nails and to speak with medical professionals if discoloration causes concern.

How to Get Rid of White Spot on Fingernails

There are many ways on how to get rid of white spots on fingernails. For white spots caused by an injury, these will disappear after about six to eight months, which is the time it takes for nails to regrow. As for skin-related illnesses, nutritional deficiencies or systemic diseases being the cause, proper diagnosis is needed to develop good treatment plan.

While there is no quick fix for the white spots on fingernails, protecting fingernails from the injuries or being mindful of the health may reduce such spots from building up.

Why Do Fingernails Peel?

There are times that horizontal splits may happen in fingernails, which can result to thin layers of nails peeling back. Doctors refer to this condition as onychoschizia and there are lots of reasons why fingernails peel.

Nails basically consist of keratin layers, which may also occur in hair and skin. The keratin makes the nails stronger, yet external trauma and any underlying health condition may cause the nail’s thin layers to peel away. Once it happens, it may leave nails looking thin and they might also feel uncomfortable or sensitive.

More often than not, mild deficiency in iron is the cause why fingernails peel. But, several external causes as well as underlying health conditions may produce this symptom. The external causes may include the following:

Nails may take quite some time to grow, so the external trauma results might not become visible until a few months later. Underlying health conditions that might cause brittle or peeling nails include dehydration, iron-deficiency anemia, underactive thyroid, lung disease, kidney disease, and so on. The changes in the way your fingernails grow might happen as you grow older. According to research, age-related changes in fingernails may happen due to blood circulation issues as well as extended exposure to ultraviolet rays.

Mild iron deficiency is more likely than severe underlying health conditions to be the primary cause of nail peeling. But, it’s useful for everyone to be aware of some conditions that might cause peeling nails. Once you have some relevant symptoms aside from peeling nails, you should not forget to mention such things to your doctor.

Another symptom of conditions that might cause discolored, peeling or brittle nails is anemia. Without treatments, mild iron deficiency may become serious and can result to anemia. Anemia happens once the body is low in red blood cells and doesn’t have enough available hemoglobin. If you do not know what hemoglobin is, it’s a substance found in red blood cells, which help them carry oxygen around your body.

Breaking and peeling of the fingernails may be due to a fungal infection as well. Typically, brittle nails are due to some skin or nail conditions like psoriasis. There are times that brittle nails are a good sign of general medical condition like diabetes or thyroid disease.

Once you consume a diet that’s low in protein or particular vitamins or minerals, you might have a deficiency of such substances that may cause brittle nails. Enough intake of a vitamin called biotin is essential for healthy fingernails. Make sure to consult your doctor if you think that you might have one of such medical conditions or if you’re concerned that your diet might not be enough.

Why Are My Nails Brittle?

Same to how the skin may reveal something about your well-being, your nails can also be another window to your health. If you are wondering why you have brittle nails, these are basically due to lack of moisture or a result of aging, while there are times that they may be indicative of thyroid illnesses like hypothyroidism or hyperthyroidism since such conditions may cause nail issues.

Oftentimes, your hands can show your age and so does your nails. Once you look at the nails of kids or babies, you will see how healthy the texture and coloring is. As you age, the health of your nails may differ, yet you can improve it. But, before everything else, you should know about brittle nails.

What Should You Know about Brittle Nails?

Your toenails and fingernails are made up of keratin layers. The healthy nails are strong and smooth without discoloration, spots, and with even coloring. Sometimes, your healthy nails may become brittle. Brittle nails tend to be noticed compared to brittle toenails, yet both nails on fingers and nails on toes can be brittle for different reasons.

Brittle nails may be due to aging, lengthy or repetitive exposure to chemicals and water, use of a nail polish remover or from wearing nail polishes for a long period of time. In some cases, all of such causes may happen at the same time easily.

Crumbly or brittle nails may also be due to fungal nail infection, reactive arthritis, nail psoriasis, hyperthyroidism, hypothyroidism, and lichen planus. If somebody has a thyroid disease, he or she may experience both hair loss and brittle nails. Thyroid issues are more common to women and hypothyroidism is known for being the cause of brittle nails.

Hypothyroidism basically means the thyroid is not producing enough hormones than it must and it may result tot sluggish metabolism. Based on a health article, if metabolism slows down, the body will sweat less. Since sweat is the body’s natural moisturizer, less sweat may result to skin dryness and brittle nails.

Why Does Nail Have Sharp Tip?