All You Need To Know About Nail Polish 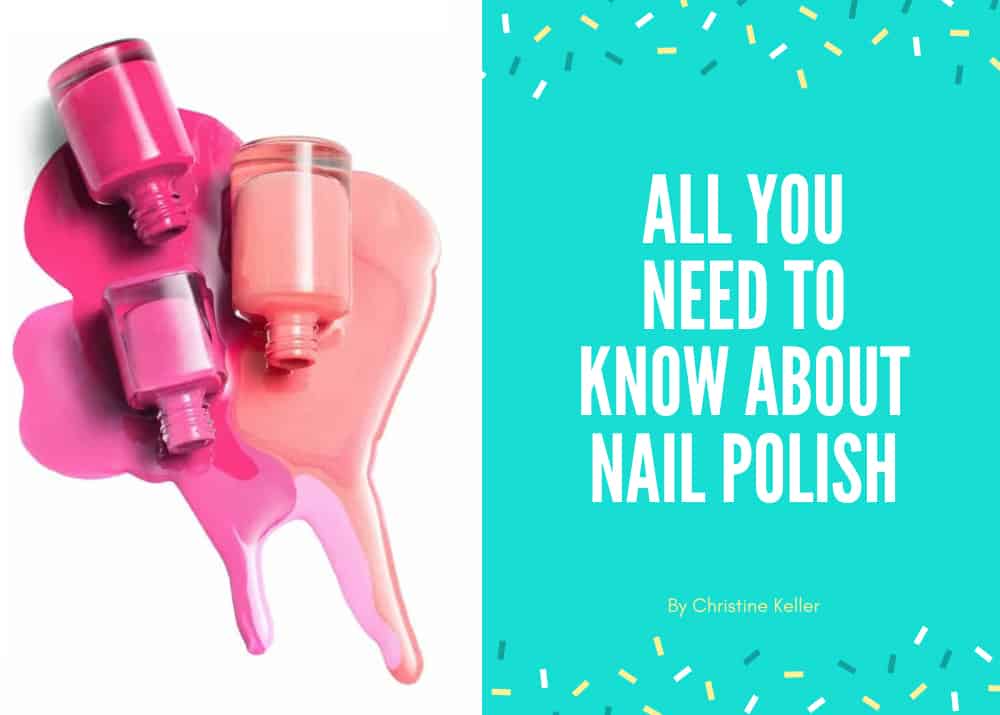 Who doesn’t love nail polish? From a fun activity at sleepovers to a way to relax and unwind on the weekend, nail polish has been around for a long time. There are so many different styles to explore from trendy and chic, to elegant and professional. Nail polish actually plays an important role in fashion and business. Not to mention, it makes us feel pretty.

Way before nail polish became the fad it is today, it was used by men during war time in preparation for battle. Nail polish dates back to 3200 B.C. when Babylonian warriors would get their nails manicured and colored before going off to battle. They would also get their hair lacquered and curled.

Around 3000 B.C. it was used in China and Ancient Egypt to distinguish someone by dynasty and class. Ruling dynasties often worse bright and vibrant colored nails while lower classes had to wear more pale or nude colors or they were not allowed to wear any at all. Failure to follow this rule was punishable by death.

Fast-forward to modern era. In 1878, the first manicured salon debuted in Manhattan. And in the early 1900s, clear nail polish became available for consumers as the invention of the car and automobile paint brought inspiration. Then in 1932, Revlon established itself as the first nail polish brand.

What Ingredients Are in Nail Polish?

Nail polish contains a number of different chemicals in order to work properly. Each ingredient is important to protect the polish to resist peeling or chipping away. 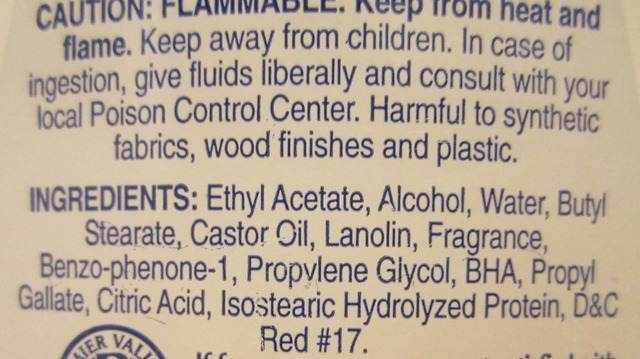 Solvents – Often the first ingredient in nail polish. A solvent is a liquid that can be used to mix different ingredients. Once you apply the nail polish, the solvents dissipate. Examples of solvents include:

Toluene – a colorless liquid hydrocarbon that can be found in petroleum and coal tar.

Ethyl acetate – a colorless liquid that can be volatile. It is characterized as having a fruity smell and is often used as in perfumes and flavorings.

Butyl acetate – an ester, or organic compound, is a colorless liquid. Can be flammable when kept at room temperature.

Formalin (formaldehyde in water) – this colorless solution is typically used as a preservative.

Formaldehyde – a strong-smelling, colorless chemical used to produce many household products and building materials. It can be highly flammable.

Isopropyl alcohol (isopropanol) – a liquid alcohol used for the industrial production of acetone.

Some of the products mentioned can be toxic, which is why the nail polish you buy will likely only contain trace amounts of some of these ingredients.

Resins – serve as an adhesive to keep the polish layered onto the nails. Resins add hardness, depth, and the shiny gloss you love to the substance.

Film formers – this is what makes the nail polish smooth and silky. A common film former used in nail polish is called nitrocellulose. Nitrocellulose is a highly flammable material that is created by combining cellulose with concentrated nitric acid.

For a basic clear nail polish, nitrocellulose is dissolved in acetate and once the solvent has evaporated, a shiny film remains.

Is Nail Polish Safe During Pregnancy?

There are a lot of things that become off-limits to pregnant women. If you’re pregnant, you may be wondering if you can treat yourself to a mani-pedi at the local nail salon.

When using nail polish and nail polish remover during pregnancy, it is perfectly safe so long as you are careful and conscientious about it. Regular exposure the chemicals in nail polish can be harmful not only to you but to your unborn child. But a manicure every now and then shouldn’t cause any detriment.

The reason for this is because of the chemical ingredient formaldehyde. When you breath in large amounts of this chemical, it can be toxic and can irritate your throat, nose, and eyes. Some research has shown that if you are exposed to formaldehyde for an extended period of time, it can actually cause cancer.

Perhaps when pregnant, it is best to err on the side of caution and limit your trips to the salon to once or twice a month or less to be on the safe side.

Nail polish is extremely flammable, mainly because of the amount of acetone it contains. The chemicals that make up this colorful finger paint can easily ignite if exposed to the right about of heat.

According to ABC News, a woman caught on fire when she absentmindedly sat a lit candle in close proximity to a bottle of nail polish. The nail polish immediately went up in flames and the women suffered third degree burns.

Not only is nail polish likely to catch on fire, it can also be dangerous and cause health problems if not handled properly. When used in an area with a lack of ventilation, the fumes can be quite powerful and lead to headaches, nausea, and dizziness.

When ingested, it is quite poisonous and when large doses are consumed it can actually result in a coma.

How Long Does Nail Polish Last?

Nail Polish does not last forever and actually have a shelf life. Although a bottle of nail polish that has never been cracked open can last a lifetime, once you do open it, the ingredients will begin to evaporate after about two years.

Is Nail Polish Suitable for Kids?

For many reasons mentioned above, putting nail polish on young children is not advisable. The risk of the child ingesting the product after putting her hands in her mouth or touching her face. Avoid using nail polish remover with acetone for kids as well.

There are all-natural, non-toxic nail polishes available that are designed with kids in mind. However, because this type of is nail polish is water-based rather than chemical based, it is completely safe for kids to use but it may also wash off easily. 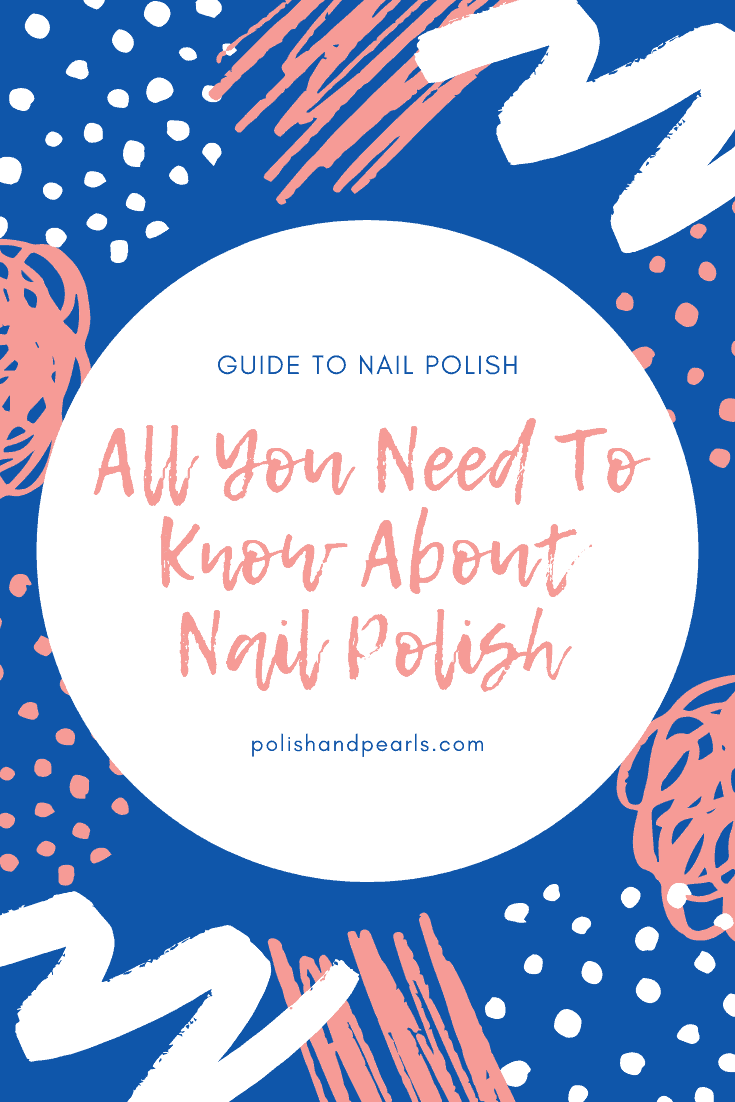 Previous articleAmazing Matte Acrylic Nails When You Are Tired of the Glossy Ones
Next articleWhat Causes Nails to Turn Yellow?

To achieve smooth and glowing skin, dermaplaning is one of the most highly recommended cosmetic procedures to try. This treatment uses an exfoliating blade...

Dermaplaning is the go-to facial treatment for those who want to address multiple skin issues all at once. Excellent in promoting skin cell turnover,...

Do you ever wonder the secret to actresses and influencers’ flawless facial skin is? The answer is not that trivial: Dermaplaning. This non-invasive cosmetic procedure...
© 2021 Polish and Pearls All Rights Reserved
Send this to a friend